Anyone who has experienced Los Angeles gridlock likely can attest that traffic may cause one’s blood pressure to rise. But UC Irvine researchers have found that, beyond the aggravation caused by fellow drivers, traffic-related air pollution presents serious heart health risks — not just for rush hour commuters, but for those who live and work nearby.

“While the impact of traffic-related pollution on people with chronic lung diseases is well known, the link to adverse heart impacts has been less described,” said Wittkopp.

Her research project, funded by the National Institute of Environmental Health Sciences, focused on residents of a Los Angeles senior housing community who had coronary artery disease.

Study participants spend the vast majority of their time at home, which meant they had prolonged exposure to traffic-related air pollution at the site. Because of their age and preexisting heart conditions, they were thought to be more vulnerable to small, day-to-day variations in air quality.

“They are really in the thick of it,” Wittkopp said. “They are the ones that are going to suffer the most, and who are the least likely to be resilient.”

Up to now, most studies on the impacts of air pollution have focused on its effects over much larger populations, with difficulty capturing accurate exposures and short-term changes. Wittkopp and her team wanted to look at how daily fluctuations in traffic and air quality would affect those residing in the immediate vicinity of congested roadways.

The research team, led by advisor Ralph Delfino, associate professor and vice chair for research and graduate studies in the Department of Epidemiology at UC Irvine’s School of Medicine, set up air quality monitors at the residences of the study participants. They looked for daily and weekly changes in traffic-related pollution such as nitrogen oxides, carbon monoxide, and particulate matter.

What they found: “Blood pressure went up with increased traffic pollutants, and EKG changes showed decreased blood flow to the heart,” Wittkopp said. 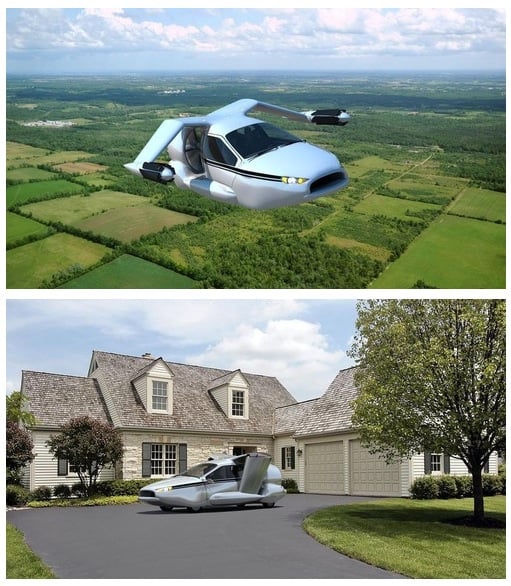 US aerospace start-up Terrafugia unveiled the TF-X recently, which is a concept car of the future… a very near future with additional plans to build a street legal airplane that can convert from flying to driving in under a minute.

UCLA researcher Mario Gerla who studies intelligent transport weighed in on the concept:

“We always think how nice it would be if we’re stuck in a traffic jam, to all of a sudden, just take off from the road pavement and go where you want.  I can understand the idea of flying from airport to airport, folding the wings and becoming a car. In the air, you’re just one more plane. But if you take off from your parking lot and fly a few blocks away, it is more like a helicopter. It becomes much more flexible, and interesting, but maybe dangerous.” 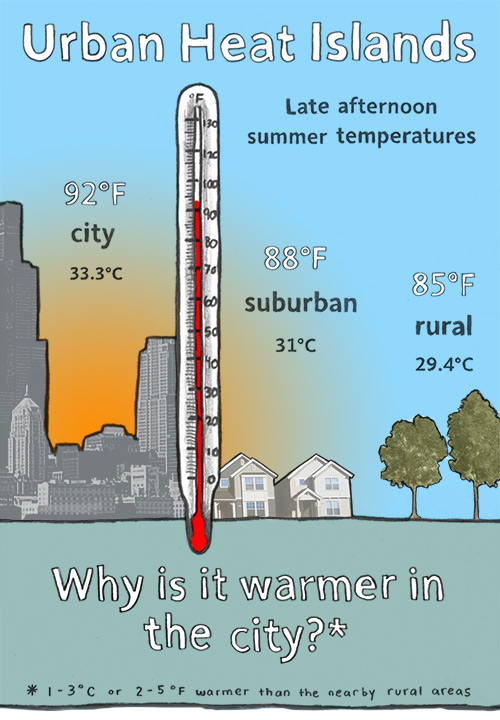 Summer in the city can be especially hot and sticky, because urban heat islands exacerbate the warm weather. Researchers at Berkeley Lab are testing materials that battle that effect, making pavements cooler and safer.

The properties of urban roofs and pavements, as well as human activity, contribute to the formation of summer urban heat islands:

Urban heat islands can negatively affect the urban community and the environment. 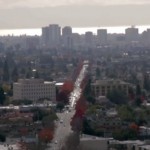 On sweltering days you can fry an egg on them. But, now, Lawrence Berkeley Lab and UC Davis researchers are testing surfaces designed to make them cooler and safer.

“Cool pavements are paved surfaces that are more effective at reflecting sunlight. So, by reflecting more sunlight than traditional paved surfaces, they’re able to absorb less heat from the sun and keep cities and communities cooler.  We’ve teamed with industry partners and we’re hopeful that this can get the ball rolling on some local government action for cool pavement.”
– Ben Mandel, Heat Island Group, LBNL